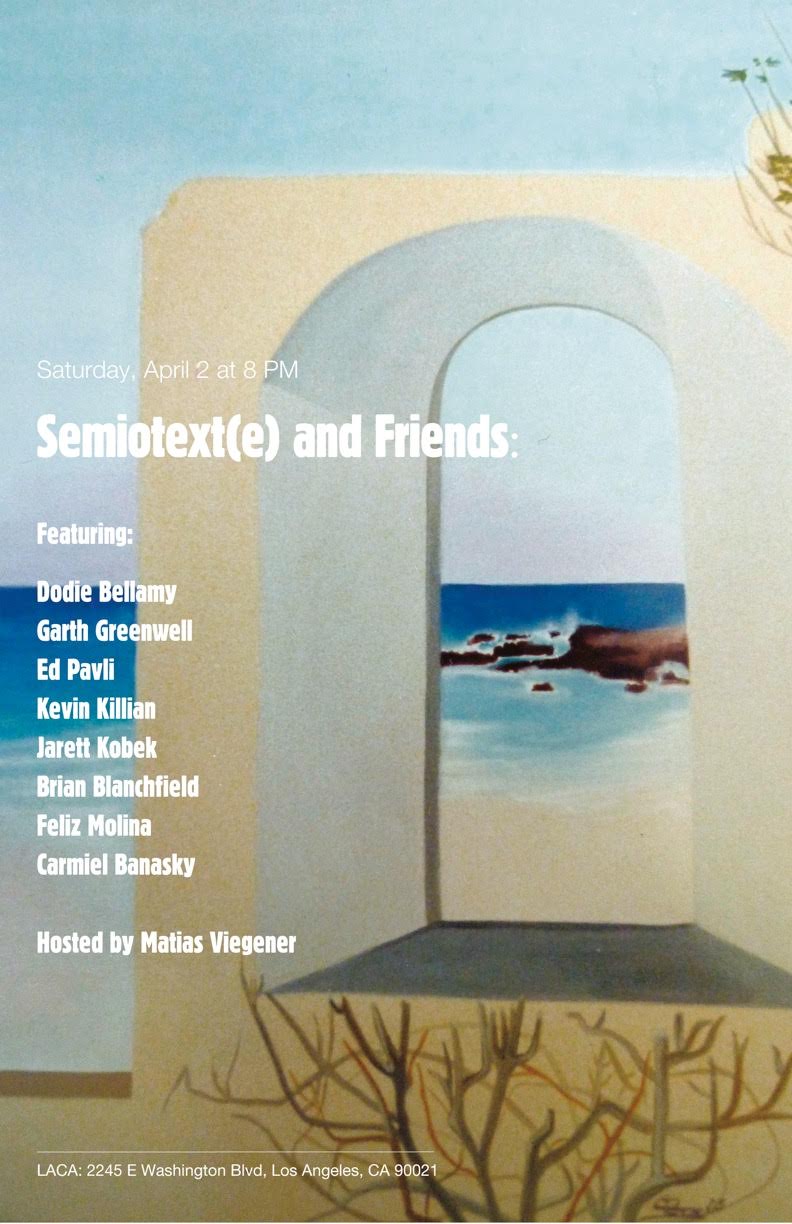 Join us for a reading of Dicey LifeWriting, New Essaying, and Prose on the Edge by authors whose disinhibited independence is the kind that has characterized Semiotext(e) since the 1970s.

Garth Greenwell is the author of the much acclaimed novel What Belongs to You (FSG, 2016), which Aaron Hamburger in The New York Times called “a rich, important debut, an instant classic” and Bruce Benderson in Out praised as a must-read, “graceful, pulsating, spare and sensual.” His first book, the novella Mitko, was a finalist for the Edmund White Debut Fiction Award and a Lambda Literary Award.

Ed Pavlić is the author of eight books and twice the winner of The National Poetry Series, including for his new collection, Let’s Let That Are Not Yet: INFERNO (Fence, 2015). His book Who Can Afford to Improvise: James Baldwin and Black Music, the Lyric and the Listeners is also newly out from Fordham University Press. He lives in Athens, Georgia, where he is a professor of creative writing at University of Georgia.

Kevin Killian is a novelist and the author of three books of stories, three of poetry, and a memoir. Recent work includes Pink Narcissus Poems (The Song Cave) and Eyewitness, the memories of 50s legend Carolyn Dunn “as told to” Kevin Killian.  Semiotexte is publishing his new collection of stories and “diaries,” Who Killed Teddy Bear?; Wonder Books is issuing a new book of poetry Tony Greene Era (2016), and a new book of his color photographs Tagged 2 has been commissioned by Publication Studio. He lives in San Francisco.

Jarett Kobek is a Turkish-American writer living in California. His new novel I Hate the Internet is just out from We Heard You Like Books and prompted Jonathan Lethem to declare him the “American Houellebecq.” His novella ATTA (Semiotexte) has appeared in Spanish translation, been the subject of much academic writing and was a recent bestseller in parts of Canada. He writes regularly for museums and galleries, with his essays appearing under the auspices of Frieze, the Hammer Museum and White Cube.

Brian Blanchfield is the author of three books of poetry and prose, most recently Proxies: Essays Near Knowing (Nightboat, 2016), a collection part cultural close reading, part autobiography, about which Claudia Rankine says, “Not since Hilton Als's White Girls have I read anything as interrogative, unsettling, and brilliant.” His second book A Several World won the 2014 James Laughlin Award and was a longlist finalist for The National Book Award in Poetry.

Feliz Lucia Molina was born and raised in the San Fernando Valley in Los Angeles. A Kundiman and MacDowell Colony Fellow, she holds a BA from Naropa University, an MFA from Brown University, and is a PhD candidate at the European Graduate School. She is an editor at Continent and lives in Los Angeles. Undercastle (Magic Helicopter Press, 2013) is her first book.

Carmiel Banasky is the author of the novel, The Suicide of Claire Bishop (Dzanc, 2015), which Publishers Weekly calls "an intellectual tour de force." Her work has appeared in Glimmer Train, American Short Fiction, Slice, Guernica, PEN America, The Rumpus, and NPR, among other places. She earned her M.F.A. from Hunter College, where she also taught Creative Writing. She is the recipient of awards and fellowships from Bread Loaf, Ucross, Ragdale, Artist Trust, I-Park, and other foundations. After four years on the road at writing residencies, she now teaches in Los Angeles. She is from Portland, Or.