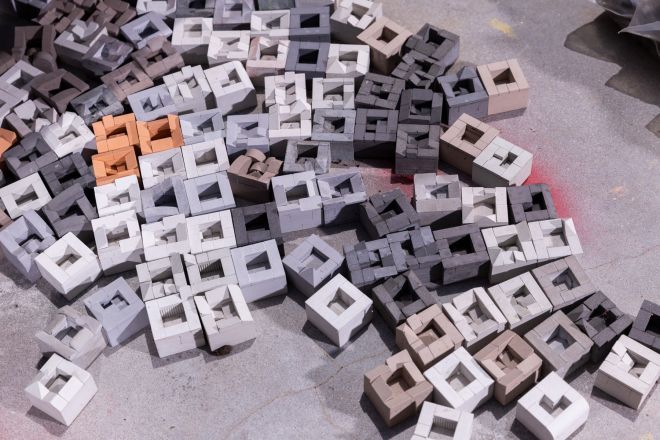 Onomatopoeia is the process by which a word is formed to phonetically imitate natural sound. The noises that Nicholas Gaby’s hundreds of nesting cube sculptures make in inter; mode; module invite an onomatopoeic exercise. One could reach for the word clatter (like the rattling of dishes) to describe the sounds of these peculiar handheld containers, but this won’t do because it doesn’t capture the singular—and thus satisfying—clink that each piece creates when nested together. The singular clink, however, suggests a glass or metallic substance and isn’t quite right either because it doesn’t reflect the mysterious substance behind the earthenware quality of Gaby’s sculptures. Clunk, maybe?

Why introduce Nicholas Gaby’s cubes with a contemplation of how they sound? Because obsessing over something as silly as a cube’s aural qualities underscores the allure that these little objects hold despite their inscrutable purpose. Indeed, the “use value” of these semi-functional containers is wholly wrapped up in the sheer pleasure one draws from handling, nesting, and examining them in all their hundreds of iterations. Gaby’s cubes are manufactured collectibles in the strictest sense. As objects, their value rests completely in their peculiarity and variation; they are, to be blunt, tchotchkes.

As if like a mass gathering of commemorative coins, Gaby’s collection of cubes is a meditation on the abnormal ways in which value is manufactured. Amplifying the playful absurdity of the artist’s little receptacles are the three larger iterations of containment in which the cubes are placed: the storefront, the museological exhibit, and the takeaway display. Together, the containers hint at an infinite regress of receptacles, a kind of matryoshka doll of valuation. For Gaby, it seems, most value is pathological.

Arguably, then, containment is the dominant motif in inter; mode; module, which is noteworthy when one takes into account that the general purpose of collectibles is to provide some sense of purpose for the collector. By inviting viewers to walk away with a “souvenir,” it is not a stretch to say that Gaby’s work aims to drain the vitality of one container in order to fill another. His cubes are little more than a raw material; or, to use the artist’s words, they are “the blood of the work.”[1] (I leave it to the reader to speculate on what that makes the viewer.)

Nicholas Gaby’s art reminds us of the deeply cultural basis for economic worth; Gold, after all, has s small use value. But Gaby’s work demonstrates that any raw material can be rendered worthy or even unworthy of aesthetic contemplation when put in the right container. Gaby’s cubes, in essence, allow viewers to dwell in the pleasure of inscrutability itself.

Nicholas Gaby (born in 1979 in Oceanside) is an artist working in sculpture and installation. His practice draws from his background as a municipal construction contractor to playfully explore how infrastructure creates social systems that govern people’s collective behavior and determine dynamics of power. Taking the form of models or proposals, Nicholas’ work explores the politics of the built environment through installations that invite viewer participation. Nicholas Gaby earned a Master of Fine Arts degree from Yale School of Art. He lives and works in Long Beach. 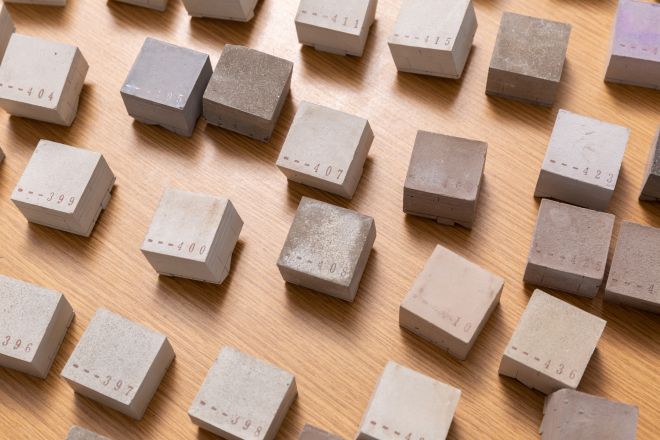 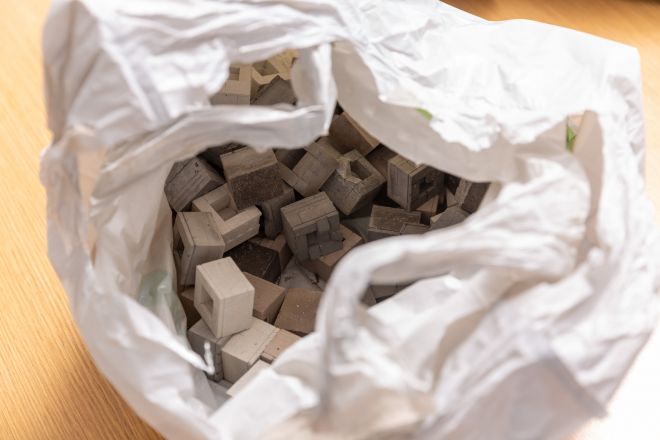 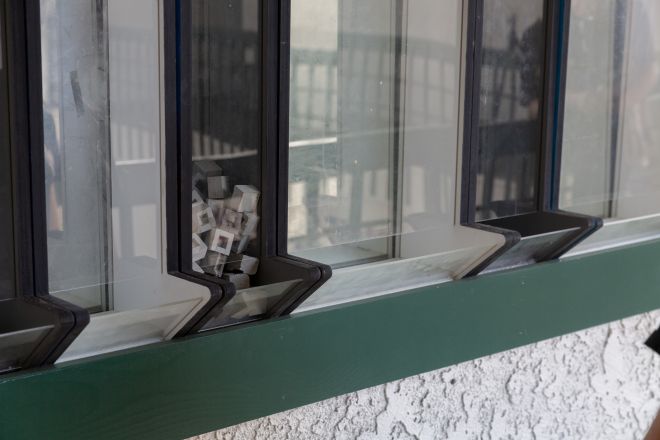 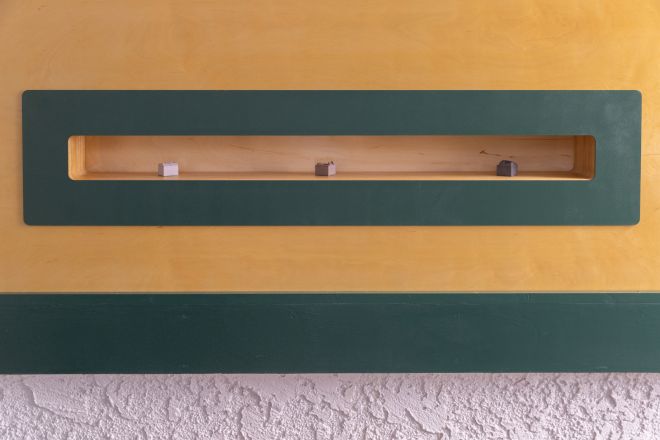 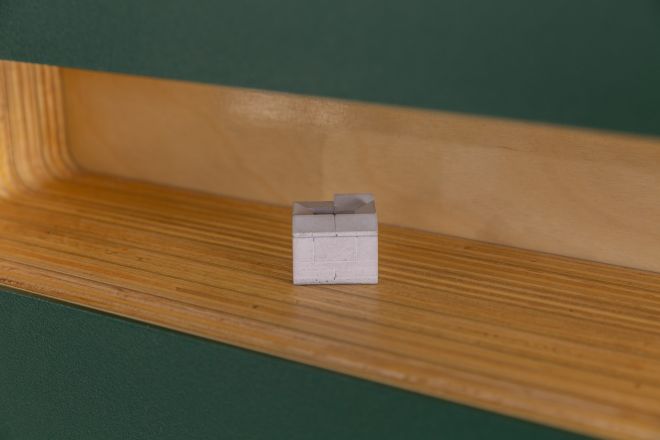 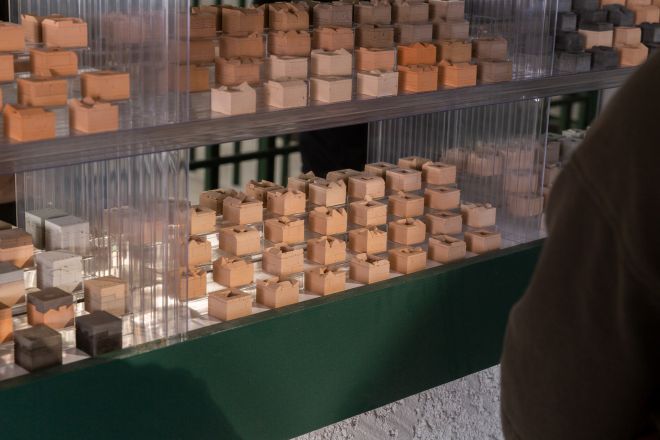 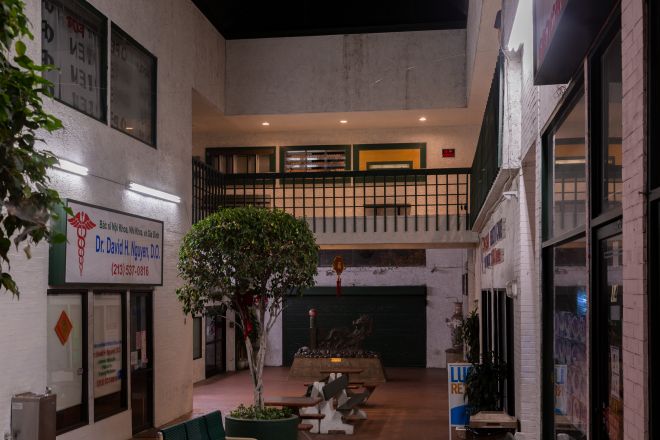