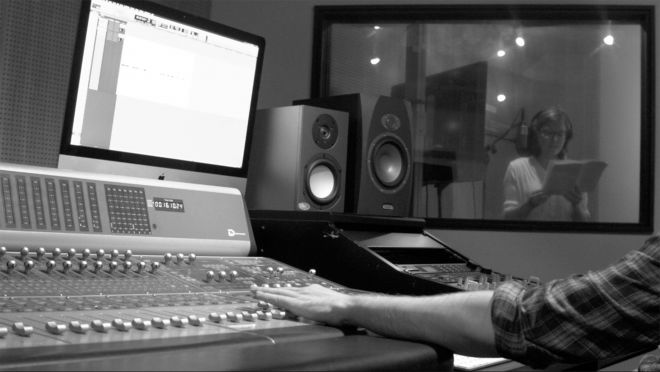 “BREAD STORY: Some research for an oncoming film, The King's Bread (2019)”

At LACA, Lúcia Prancha continues her exploration of production and labor by exercising the tension between text and image, video and printed media. The presentation features an original artist book, a series of printed materials, and sound recordings based on the script “The Bread-King Learns to Bake Bread” by Bertolt Brecht (1898–1956) and the artist’s experiences with Los Angeles baker Roxana Jullapat. The concurrent narratives of Brecht and Jullapat create the structure for the book and the film.

Bertolt Brecht arrived in California as an exile in December 1941 where he wrote the script, yet it was never used. Brecht’s text implies questions of time, production, consumption, mechanical and manual labor. Prancha found the Brecht text while living in Los Angeles and views it as a critique of the so-called American Consumer Society, in this case, from the immigrant point of view.

Roxana Jullapat was born in California but grew up in Costa Rica. She returned to the United States and learned to bake bread in Los Angeles, and worked for other bakers before opening her bakery, Friends and Family, in 2017. Though born in the US her experience growing up in Costa Rica influences her sense of production. Jullapat wakes up every morning at 3 am to start baking bread and is working on a new cookbook focused on ancient grains

The artist book consolidates research surrounding ideas of American labor and production from 1941 until now, and functions as an unconventional script for the film in progress. The series of printed materials uses the Risograph printing technique to mass produce an iteration of the original book, as a way to participate in a level of production associated with propaganda and consumerism.

The conversation between Lúcia Prancha and baker Roxana Jullapat during the event will be recorded and used for the ongoing production of the film, presented as a work in progress as sound played in the archive space. These narratives, materials and aesthetics continue Prancha’s exploration of modes in representation, production, the moving image, sound and text.

Baker and Pastry Chef Roxana Jullapat, a Los Angeles native of Costa Rican and Thai descent, pursued a degree in journalism before turning to cooking. While taking a break from academia after graduating from college, Roxana attended the Southern California School of Culinary Arts from 1998 to 1999. Soon after she found herself baking a tarte tatin in the kitchen of Café Figaro in Los Feliz. Her fate was sealed. Over the next ten years, she held tenures at nationally acclaimed restaurants, including Campanile, Bastide, Lucques, AOC, and Clarklewis. In the fall of 2011, she teamed up with Chef Daniel Mattern to open the celebrated Cooks County. Three years later she left to pursue new ventures, including developing her upcoming bakery. Friends & Family opened in May of 2017 in the heart of Thai Town. Roxana’s strongest suit is in working with seasonal produce and heirloom grains. Her menus have always strived to speak of the bounty local farmers’ markets have to offer, but in recent years her goals have shifted slightly to advocating for locally and ethically grown grains. She is a sought-after speaker on the subjects of women in food, women and entrepreneurship, women in bread, and ancient grains. Her outreach engagements have taken her as close as UCLA and as far as the Kingdom of Bhutan. She is currently writing her first cookbook “Mother Grains,” to be published by W.W. Norton (coming spring of 2020). Learn more at friendsandfamilyla.com. Follow Roxana on Twitter and Instagram @roxanajullapat

Lúcia Prancha (1985, Coruche / Portugal) obtained her MFA from CalArts (USA) in 2015, after completing BA studies in Lisbon (PT, 2009) and MA in São Paulo (BR, 2012). Lúcia explores the tensions between aesthetics, perception and politics rethinking historical and social episodes through sculpture, video and printed matter. Her work has been exhibited at the Serralves Foundation, Porto, Portugal; Galeria Leme, Sao Paulo, Brazil and Galeria Baginski, Lisbon, Portugal. In 2013, she was the recipient of a two-year Calouste Gulbenkian Foundation and the Luso-American Foundation for Development (FLAD) Scholarship. In 2016, her film SEBASTIAN, THE GHOST was screened at Les Rencontres Internationales Nouveau Cinema et Art Contemporain in Paris and, at Haus der Kulturen der Welt, Berlin; and the 24th Curtas Vila do Conde - International Film Festival, Portugal. In 2017, Prancha was in residency at the Jan van Eyck Akademie in Maastricht, NDC. In May 2019, Lúcia will be showing new work whithin the context of group show "Histórias de Rostos – Variações Belting", curated by Marta Mestre at Museu Coleção Berardo, Lisbon, Portugal.

Los Angeles Contemporary Archive (LACA) is committed to making our programs and events accessible to everyone who wants to attend and participate. As our facility is limited to staircase access, we extend our best efforts to provide accommodations or assistance. Please feel free to contact LACA prior to any events or for site visits. 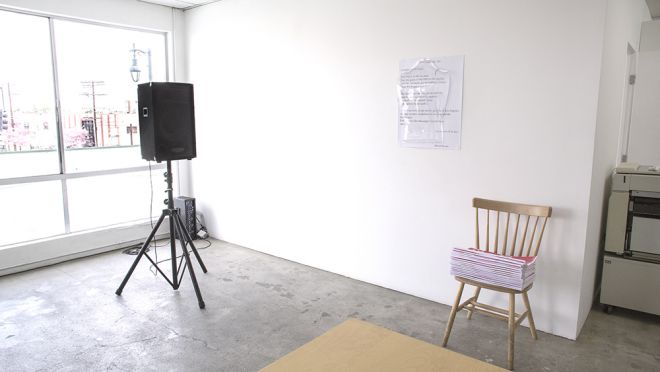 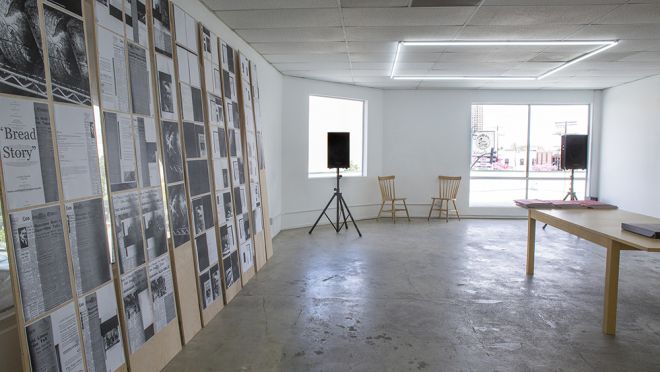 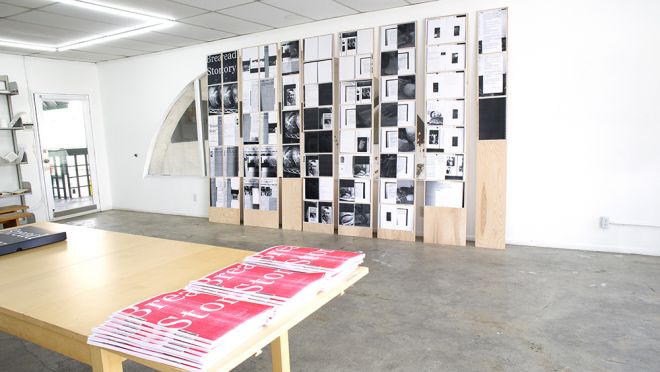 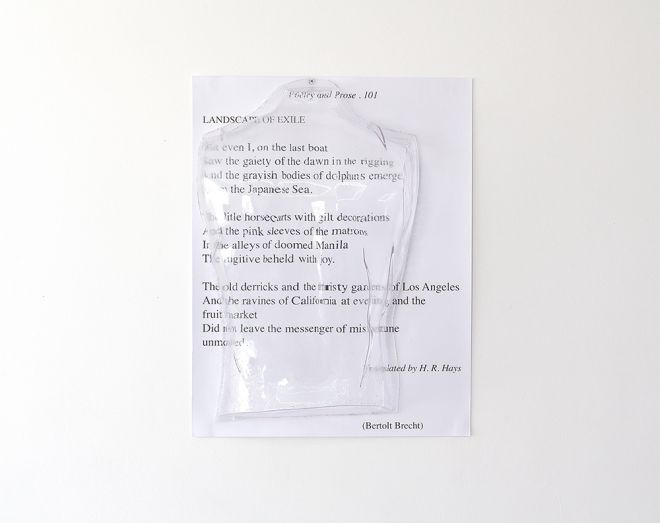 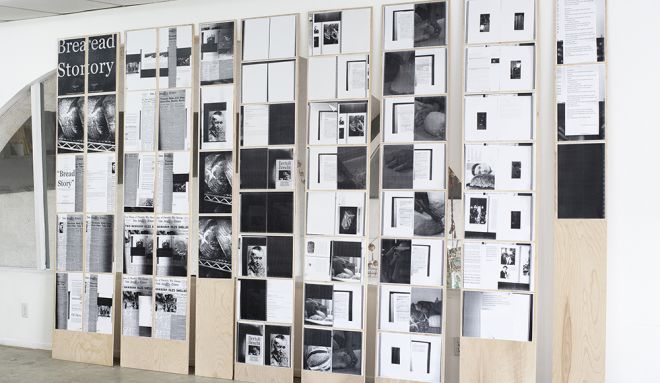 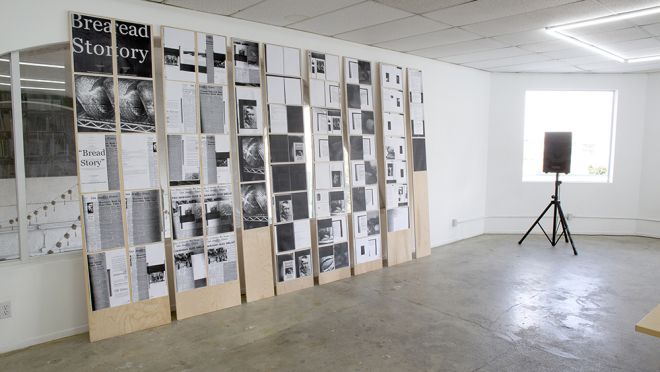